The Heroes of Israel 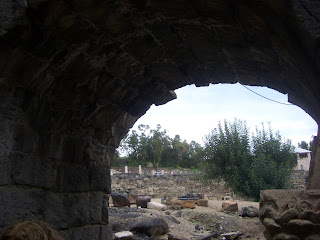 What I love so much about Israel are the remarkable stories. “Only in Israel” is a phrase that I love to hear. On a visit to Israel in 2008, I heard this remarkable tale…

It was the War of Independence. Ilana was a teenager, a volunteer in Moshav Shafir. She, along with other teenaged volunteers, had been recruited as a saboteur. The tanks were coming, a long line of them, up through Gaza from Egypt. She and her fellow saboteurs were ordered to find all the explosives they could and place them under the bridge in Shafir, to blow up the bridge as soon as the first tank was on the bridge.

All the women and children had been evacuated from the area in anticipation of the arrival of the tanks, so the girls had been told. Ilana and her team stationed themselves directly under the bridge, awaiting their task.

The sound of a vehicle came, and they prepared to set the charges. Suddenly, Ilana said “Stop!” She heard something, something that indicated to her that this was not the tank they thought it was. She insisted to her compatriots that she heard the cry of a baby. As the vehicle came closer, they discovered that it was indeed true, the car held a woman with a new baby as well as another pregnant woman, being evacuated from a nearby town. Had they exploded the bridge…

Ilana, a young woman who became a heroine. Today Ilana is an older lady (she refused to reveal her age…a lady never tells), telling her story to groups of visitors to Shafir, standing on the bridge that she did not blow up. (The tanks never got that far.)

On the day we heard her story, another woman came over as Ilana finished telling her story. She was introduced to our group as “the pregnant woman’s baby” – Ilana had never met her before. But these two were forever linked by their story, their part in the formation of the young State. (The baby who cried, so they said, grew up to be a member of Knesset…) I felt goose bumps on my skin as these two women met and embraced. They were like long-lost sisters, joined by history.

The heroes of Eretz Yisrael are not politicians and soldiers (although they are so often heroes as well), but they are the ordinary citizens who have stories of their own to tell. These stories are what fill me up in the Land of Israel, and make the Land come alive.

Sixty-two years of stories…may the future bring so many more. 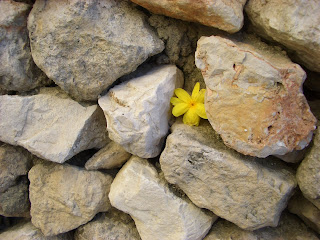 Written by Phyllis Sommer at 8:37 PM

Email ThisBlogThis!Share to TwitterShare to FacebookShare to Pinterest
Labels: israel

beautiful post! i literally have tears in my eyes! what an amazing story to ehar (and tell) and moment to be a part of! thanks for sharing this.

The photos are lovely.

I get chills whenever I reread this story...