My Big Brother Dressed Me

Yael, now fully enmeshed in her two-year-old-ness, is absolutely in love with her big brother, Sammy. (Except when she's not, but I think that's a different post!)

She talks about him: "my brother, Sammy" and wants to be just like him.

The other day, he helped her choose her clothes...which meant that he went into his drawer and picked things he thought she would like to wear. She's wearing a sponge-bob t-shirt underneath this football jersey. (Full disclosure: she chose her own pants. She wanted ones with pockets.) 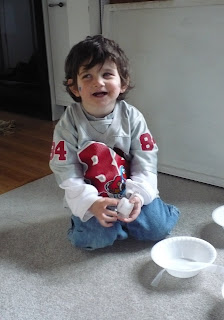 Sam decided that the game would involve tape and bowls. Yael seemed to agree. The Ima just went along with her camera. 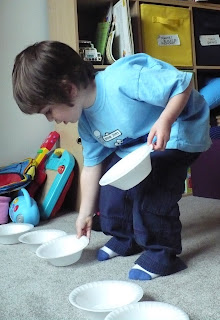 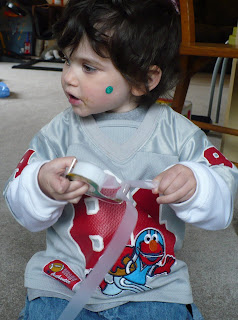 "Is this what I'm supposed to be doing, Sam?" 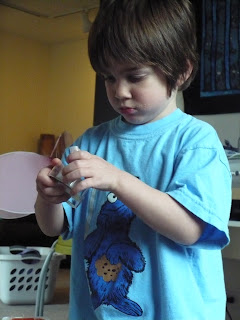 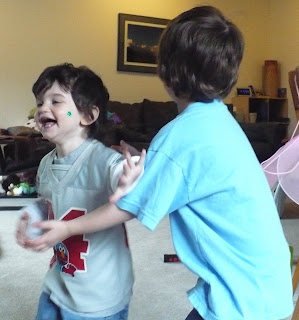 But the game quickly became a game of running and chase. I tried really hard to capture just how much fun they were having, how much joy they were experiencing. Their laughter was infectious and beautiful.

What joyous and beautiful photographs. Such precious faces.

i hope they always get along this well :).

great photos, but I love the story behind them even more. My guys love tape, too!

how fun! pockets are VERY important to Mia as well...and tape, she's fascinated with tape :)
Thanks for the smiles!

Beautiful!! I am so glad that you were able to capture these precious moments and share them with us. Chag HaAtzmaut Sameach to you all :)