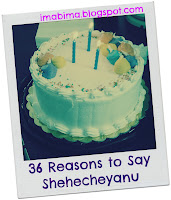 True confession: This makes me buy latkes from the grocery store. It's just not worth the trouble, the oil, the mess, the SMELL. I am a DIY gal but when it comes to latkes I would rather they spring up, fully formed, with no origin story that I can smell.

This year, I decided to make latkes.

I was seduced by the idea of fresh, crispy, hot-from-the-pan latkes such as I'd seen on all my friends' Facebook posts.

And then I was reminded of my friend LeighAnn's post about oven-fried latkes. I had never tried them.

Sounded too good to be true.

And, of course, you know what they say about things that sound too good to be true.

I am clearly not the homemaker that she is.

It all started out so well. I do know how to make latkes. My dad and I grated the potatoes and onions (food processor, I'm no purist) and mixed in the eggs, the matzah meal, the garlic and salt and pepper.

We heated the oven according to her directions...and preheated the oil in the pan.

And then there was the SMOKE. Too close to the bottom of the oven, perhaps? Either way...wow, did the house fill up with smoke. We opened windows and doors, and silenced the smoke detector. 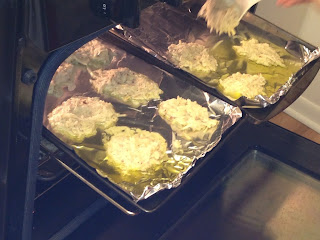 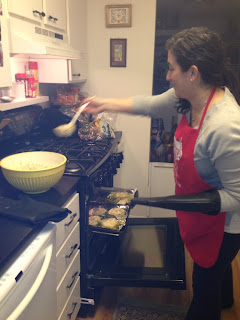 But it all seemed okay so we put the latkes onto the heated pans....

Some of them came out great. Almost perfect.

Some of them came out terrible. The oil didn't spread out enough? They were dry...or mealy...or undercooked. We changed the temperature, we added more oil, we set and reset the timer.
We got quite a few yummy latkes. So, in reality, this isn't a total failure. But we threw away quite a few as well. Sigh.

On the upside, there is no oily residue anywhere in my kitchen...except the inside of the oven.

On the downside, there is still a smell....not quite as bad as fried latkes, but definitely a strong smoky cooking smell.

On the upside, we had delicious latkes to eat.

On the upside, everyone liked them a lot.

Next year, I'm back to the grocery-store-deli-counter latkes.

I used Trader Joe's this year for the first time. Good but not great...but still better than making my own! Good for you for trying to make them again. I've given up. :)