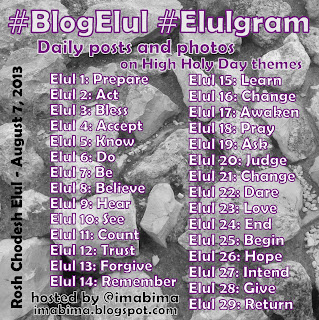 It's a typically British statement, it spoke to the reality of the situation during World War II. The idea of the "stiff upper lip" and calmly facing down danger while sipping tea were a part of the British psyche and probably had a lot to do with how well they weathered the terror that was the Blitz.

But I've started to see a little backlash to the "keep calm" mantra.

There's something about the idea that keeping calm means we are accepting of what's happening. It means we aren't going to fight the system, but instead "carry on" as if nothing were amiss.

Can we accept what's happening to us, work to change the situation, and also maintain calm?

I think of the story of the frog who fell into a jug of freshly drawn milk. He paddled and paddled his legs, never giving up. Until, much later, he climbed out on the pile of butter he had churned. We all know that drowning happens when we panic. Accepting the danger and working calmly within it -- this leads to success.

So I think I'm sticking with calm. It is what it is -- I accept this situation. Does it work? Is it what I want? Do I want desperately to change, improve, make it better?

My acceptance allows me to be calm and to work for change....maybe not always.
But it's what I've got today.

The Jewish month of Elul, which precedes the High Holy Days, is traditionally a time of renewal and reflection. It offers a chance for spiritual preparation for the Days of Awe. It is traditional to begin one’s preparation for the High Holy Days during this month with the Selichot, the prayers of forgiveness. We look to begin the year with a clean slate, starting anew, refreshed. All month, along with others, I'll be blogging a thought or two for each day to help with the month of preparation... I will be blogging here, and sharing #Elulgram photos on the same themes at imabima.tumblr.com. Follow me on twitter @imabima for all the #BlogElul posts, not only mine but others' as well! This year, I'm not doing a linky or anything like that -- I'm conserving energy! So be sure to tag your posts on Twitter and Facebook so I can catch them with my alerts....
Written by Phyllis Sommer at 7:00 PM